I am writing to you with a heart overflowing with gratitude as I think about everything I have experienced over the last 6 weeks. I am also filled with a sense of adventure and expectation as I think about the future and the next steps we are getting ready to make.

We are having one incredible summer, and I hope you are as well! The summer isn’t even over yet and this ministry has already directly touched the lives of over 1,000 people in the last two months alone!

We had a very successful ministry trip to Indonesia in June, although it was not a trip free from challenges. I, along with my missionary team members, Luke Parker and Brett Braddy, found ourselves stuck in an Atlanta hotel for an additional night due to a United flight cancelation. Because our flight from Atlanta to Chicago was canceled, it caused us to miss our original flights from Chicago to Tokyo, Tokyo to Jakarta, and Jakarta to Banjarmasin .Thankfully, the airline was able to find us seats on very crowded flights the following day . All of these changes affected the beginning of our ministry itinerary in Indonesia, and we had to make last minute adjustments

.Because our ministry schedule was so full, the flight cancelation caused us to miss our very first meeting in Banjarmasin on the island of Borneo. We arrived in Jakarta late, had three hours in a hotel room to shower, change clothes, and reorient to our new surroundings. Then our driver took us back to the Jakarta airport to get on another airplane to Banjarmasin. We arrived just in time for the first local church meeting in a rented out hotel venue on a Sunday morning. We had two powerful meetings that day, as well as one-on-one ministry time with some of our Indonesian friends and pastors. All with no sleep the night before and after 30+ hours of travel time!

On this trip, we returned to Indonesia during the Muslim holy fasting month of Ramadan. The first half of our trip was spent in what is called “the Second Mecca of the World”. In fact, this area of Indonesia feels more like the Middle East than South East Asia.  Throughout each day and night, the devout Muslim leaders of this area are praying in their Mosques on loud speakers calling all the people to recognize the greatness of their prophet Muhammed. We were awakened from sleep on several occasions by the volume of these prayers outside our window.

We experienced some incredibly explosive ministry while in Banjarmasin. From local church meetings, pastor’s seminars, and youth meetings, we were able to preach the gospel, serve people, invest resources into the lives of leaders, and pray for many people. We saw the power of God in demonstration in these meetings and heard testimonies from numerous people on how they experienced God personally. We hosted a two day conference for pastors and leaders in which we were able to teach local church leaders, provide meals for them, and give them each a copy of one of Dr. Jim Richards’s books.

Before leaving Banjarmasin, we drove through the city of Marta Pura again. This city of over 500,000 people does not have even one local church in it. There is not one place where Christians can go to worship together, or hear the word of God taught. We are praying and working with our friends in this area to find ways to plant a church in this city soon.  Something must be done for these people.

Some leaders are afraid to pastor in Marta Pura as there is a heavy devout Muslim presence and they don’t know how the local Muslim leaders will respond to the presence of a Christian church.. Other Christian leaders we know are willing to move into this city to advance the gospel, despite the risks of pioneering a new work there.

From the dominant Muslim cities on the island of Borneo, we then flew to the dominant Hindu island of Bali. In Bali, we reconnected with several local Balinese pastors and leaders, and learned many new facts about Balinese life and culture from our driver Kenneth. Because the dominant religion of Bali is Hinduism, the people of Bali are strong believers in the supernatural. Everywhere we went, we saw Balinese people constantly making offerings to different gods, worshiping at altars or temples, and even invoking spirits for various reasons. We even saw a man under the influence of “spirits” walk and sit on fire!

Though misguided, the Balinese people have an awareness of the spiritual world and are not ashamed to practice their beliefs publicly.  It was in this atmosphere dominated by mysticism, spirits, gods, and goddesses that we proclaimed the reality of Jesus, His love, grace, and resurrection. We  found the people on this island to be very kind, loving, and open to what we have to say.

One day, we made a 3 hour drive from our hotel up a mountain to a safe house that housed teenage boys and girls who had either come from abusive homes, substance abuse, gangs, rape, molestation, or had been victims of sex trafficking. The drive was the worst drive we had ever experienced. To say the road up the mountain was washed out is an understatement. It was rough but totally worth it to meet, worship, and minister to the beautiful teenagers at this location. The safe house ministry is led by a Pastor Andi, his wife, and team. They have a heart to reach troubled youth that no one else is reaching. They bring them in, love them, accept them, serve them, disciple them, and even teach them skills so that they can get good jobs or even start their own businesses in the future.

Although Indonesia is the largest Muslim nation in the world, Pastor Andi’s safe house is the only Christian organization in the whole country that the Indonesian government sends youth to. Some of the teenagers shared their stories with us. I remember one young girl trying to hold back her tears as she shared her story. While we sat on the floor with this amazing group of people, we worshiped together with songs they had written, cried together, laughed together, and prayed together. We want to do more to help this ministry as they help young people discover the love of God and  purpose for their lives.

Another day in Bali we passed by a garbage dump and saw people searching through the heaps of trash. In certain areas of Asia, the local dumps can be where poor families live and work. This dump was larger than any I had ever visited before. It looked like mountains of trash. Once we explained to our driver what we wanted to do, Kenneth took us to a local store for us to buy bags of rice and fruit. He then drove us on a small narrow dirt road into the middle of this large garbage dump. I asked Kenneth if he had ever heard of people going into this dump to feed the people there. He said he had never heard of anyone doing that, especially Americans.

Once we were in the middle of the garbage dump we all got out of our van. The smell was intense. In fact, the fumes were so bad that my nose felt like it had been burned the rest of the day. The first person we gave food to was a man with a deformed arm and hand. Through Kenneth we were able to say simple phrases to these people like “God loves you” or “God bless you”.  We only had enough food for around 20 people because we were told there would only be around 15 people there total. We found out however, that there were many more than 15-20 people in this dump. There were over 100 people! It was our goal to simply show love and value to these people in the dump and as we began to give them food, we began to see the biggest smiles on their faces. We soon ran out of food but those who did not receive anything showed no signs of anger and frustration. We received nothing but kindness and smiles from these beautiful people. We will be returning to the dumps of Indonesia on our upcoming trips to spend even more time ministering to there.

The last event I want to highlight from our trip is the opportunity we had to share the gospel in the largest night club in Bali. This was by far one of the coolest things we have ever done. Our team was invited to minister at the Boshe night club which has over 1,000 night club workers.  We were joined here by a variety of different groups, including Pastor Andi’s safe house group, some believers from local churches, spiritual seekers, Muslims, Hindu, and some of the night club workers. It was a packed house and the atmosphere was electric!  We had total freedom to share the gospel and pray for people in this night club and received several testimonies of people being touched by the power of God during the meeting. One night club worker  wanted to take a picture with us before we left. She had heard what I had said about Jesus being punished for our sins so we don’t have to punish ourselves for our sins any longer. She opened up to us about her family, and some painful personal circumstances she was going through. She asked us to pray for her, and as we prayed for her she began to cry. We saw her experience the love of God in the very night club that employs her to serve drinks and keep the customers “happy”.

Without you, our friends, family, and partners praying and financially supporting us, this ministry would have never happened. These stories that I just shared would have never been told. Thank you for helping us carry the love of God, the gospel, and the power of God to the world.  We have had a busy traveling schedule this summer with our Indonesian ministry and we just returned from ministering with our friends at the annual World Changers Conference in Huntsville, Alabama. I will be traveling to Minneapolis Minnesota on August 10th for several days of training, but after this event we will be home in south Ga for a while.

Please continue to pray for us as we are in the process of making some big steps forward both in our local and global ministry work.We only have one life to live, and we want to invest our time and resources into reaching the world. Multitudes of people, both here in America, and around the world have never heard the gospel of peace, or the good news of God’s love and grace.  They have never experienced the freedom that God offers them in Christ. We want to continue to do everything we can to inspire and ignite a missional movement that covers the globe.

Thank you for partnering with us. 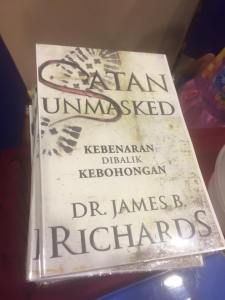 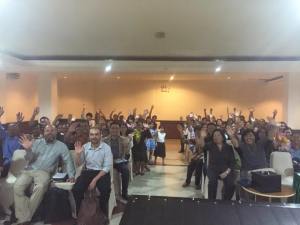 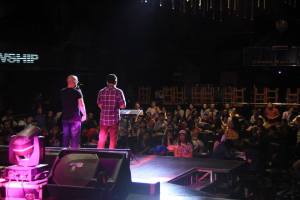 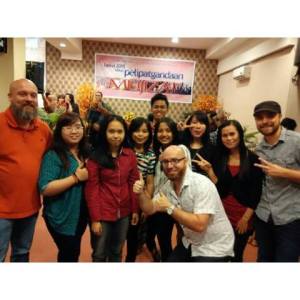 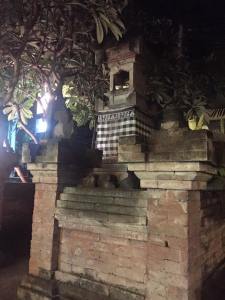 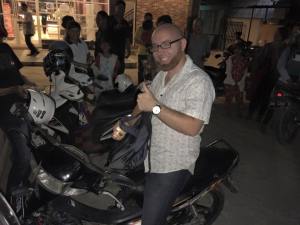 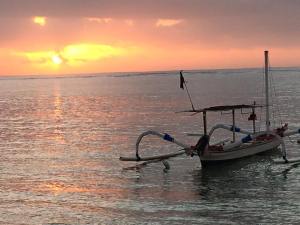